Warning: "continue" targeting switch is equivalent to "break". Did you mean to use "continue 2"? in /home/trklubas/domains/52times.eu/public_html/wp-includes/pomo/plural-forms.php on line 210
 #3 How to prepare the perfect classical dinner – 52 Times
ENG | Change Language: LT
52TIMES52x

#3 How to prepare the perfect classical dinner

On the very first day of my “52 times” project I received a call from Honorata and after a few weeks we were finally able to meet at my studio. Honorata came in carrying boxes of food whilst I was still vacuuming the sand which had fallen from the boards that I had found on the beach of a windy and rainy-swept Smiltynė. It was there where I had gone with my family especially for this photo shoot.

Something unexpected happened when we stopped off for something to eat. The first evening we arrived we went to the seaside and popped in at “Žuvine,” a well-known fish restaurant to have dinner. I picked up a magazine from the shelf and guess what? It was the “Geras skonis” magazine from way back in 2005 and on the first page that I opened I was brought face to face with the fabulous recipes of Honorata Lyndo. It was an absolute honor to collaborate with such an experienced and high-calibre chef who has worked in this field for such a long time, has stood the test of time and still remains the cream of the crop. She has won so many international gastronomic contents that it’s hard to keep track of all of her achievements.

Usually I don’t like repeating things that I have already tried previously in my food photography projects, unless… I know I can do even better the next time ☺. This photo session and its idea brought me back to the very beginning, those early days when I had just started out on my food photography adventure. It was interesting and a challenge to try to make it even better this time. Unique handmade dishes made by Agnė Kondrataitė and stylish glasses provided by our friends at “Skandiamo” helped to create a special feeling which suited this photo shoot perfectly.

The cosy, comforting and warm feeling of Honorata Lyndo’s interpretations of classical dishes – that is what I offer you this weekend. 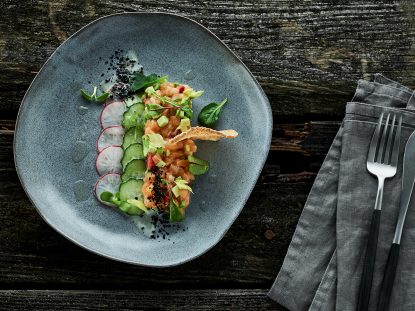 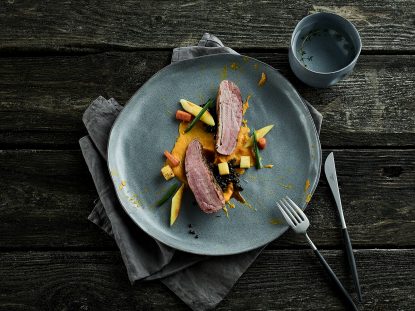 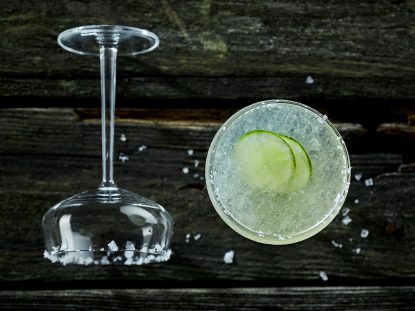 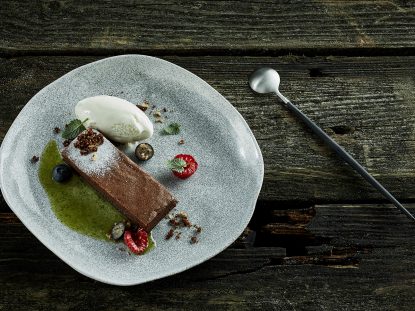 #3 How to prepare the perfect classical dinner