I believe that in the future modern restaurants will combine far more stimuli than just those of taste and smell, before long I think that pictures and images will be added to further augment our sensations. Therefore my new #49 photoshoot is quite different – the dishes are complemented by projections which become another part of the piece of art presented on the plate.

When going to Saulius Šikšnys, the Chef of the restaurant “Vanagupė” in Palanga, I had the inspiration of using seaside images on his dishes. Sadly my initial idea didn’t work out as well as I had hoped for in reality so I had to alter my vision and look for another approach. I needed projections that wouldn’t drown out the dishes and would still allow the observer to figure out exactly what was being presented on the plate. Herein lies the answer to the frequent question as to whether I always have an idea before taking pictures for this project of mine. Yes, is of course the reply but sometimes it happens, as on this occasion with Saulius, that I have to change the original idea and tweak it until I get the desired result.

I’d like to develop this photoshoot and its concept further in the future – to the scope encompassing individual, large-scale food photographic series as well as an exhibition. Throughout this project of mine I have found several new ideas which I believe have the potential to be developed further, so be on the lookout for the results!

For now please enjoy this screening of my new photoshoot 😊 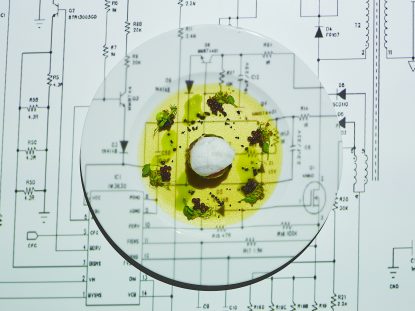 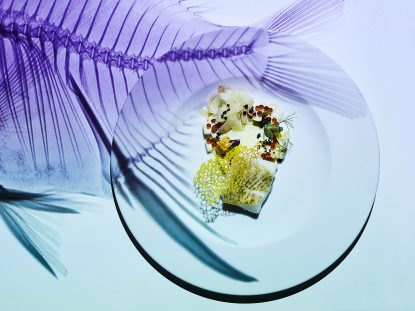 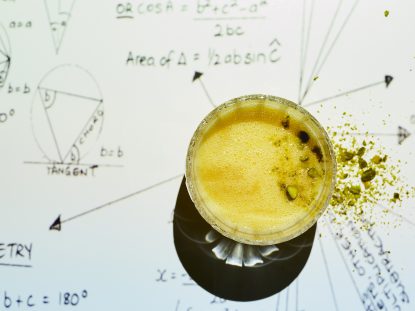 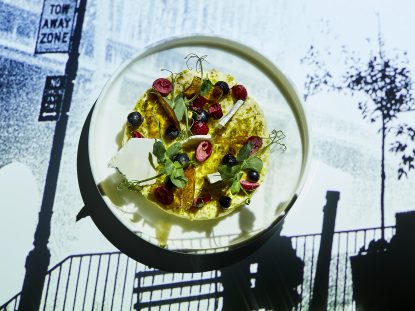